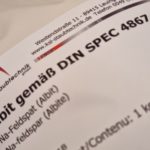 Solar parks are a central component of the Paris Climate Agreement and the European Green Deal for CO2-neutral energy production.

The used photovoltaic (PV) modules work most efficiently when the sunlight can reach their surfaces unrestricted. However, especially in dry (arid) regions, a light-absorbing or light-reflecting dust layer forms particularly quickly on the glass of these modules (“soiling”).

This contamination must be removed regularly to maintain efficiency and thus productivity. Due to the lack of water, which is precious in these regions, the cleaning process usually has to be carried out dry. For this reason, mostly dry brush systems are used. However, repeated brushing, and especially dry brushing, tends to have a negative effect on the anti-reflective coatings (ARC) of the modules.

This in turn leads to a permanent loss of transmission and thus to a reduced energy yield. To address this problem, the Fraunhofer CSP in Halle/Saale launched a research project with partners from research and industry. The result was a new standard, DIN SPEC 4867, which defines a standardized cleaning test procedure for surfaces of solar energy systems (up to regular PV module size).

A defined test dust, which was developed by KSL staubtechnik, is of particular importance for reproducible test results. During development, components that are harmful to health, such as quartz, were avoided. The test dust developed according to DIN SPEC 4867 consists of natural sodium feldspar (albite) with a defined particle size distribution.

The test dust was developed at KSL staubtechnik by Dr. Stefan Grob, who is also happy to answer any questions.

We will take part at Glasstec in Düsseldorf from September 20th to 23rd, 2022 (Hall 15, C20). We are already looking forward to present our products and new developments to... 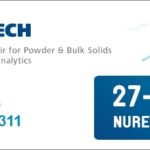 We have been supplying the printing industry, including packaging printing, with anti set-off powders made from natural raw materials for over 70 years. Our sustainable, food-compliant and kosher powders have...